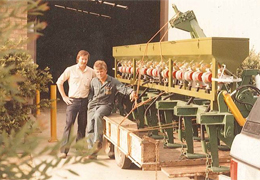 JC Butko Engineering was established in 1976 in Albury/Wodonga by John and Carolyn Butko and has developed to our present size with a total workshop area of 4200 square meters on three hectares with an additional 450 square meters of administration area. Today it is the Region’s largest general engineering company.

Born of immigrant parents, John Butko was keen to succeed. “My parents came to Australia from Ukraine during the Second World War”, he said. Not being able to speak English, they started with nothing and had to raise three kids in a foreign country. “They instilled in us a strong work ethic”. 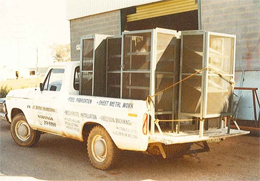 John Butko became apprenticed as a fitter and turner in Melbourne before returning to Wodonga and joining Milos Metrol & Sons. Soon after finishing his apprentice (where he was named Albury-Wodonga’s top apprentice in 1972) he became a Leading Hand at the Wodonga meatworks. John Butko worked in the Uncle Ben’s Development Engineering section as a Technician for 11 months until identifying an opportunity to work for himself.

Selling his home, John Butko rented a small shed in Kendall Street, Wodonga and invested heavily in machinery including a lathe, guillotine and a set of rollers. His wife Carolyn, and first employee Charlie Myhill provided the support and assistance he needed at this time. John would often work till the early hours of the morning with Carolyn bringing dinner and the kids to the workshop most nights for dinner. “It was about the only time I saw the kids if Carolyn brought them along”, John said.

Staff numbers rose to double figures by the time the business outgrew its surrounds and moved into a larger unit at the industrial estate. After a couple of years there, the company moved into the premises it had fabricated in Osburn Street. The moved into this 850sqm factory happened just 4 years after JC Butko Engineering was founded. 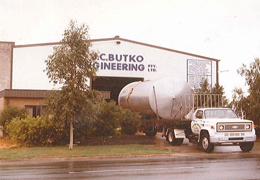 JC Butko Engineering is a Quality Endorsed Company operating a Quality Management System which complies with the requirements of ISO 9001:2008 through SAI Global Certificate No QEC10764 and has access to a complete range of NDT including Radiograph Inspection and welder prequalification.

JC Butko Engineering has the capacity to manufacture tanks and large structures in excess of 20 tonnes with 15 metres under the hook crane capacity at our Wodonga Workshop. Silos with a volume of 300 cubic metres have been fabricated, delivered and installed in one piece, or site assembled depending on the customers preference.

Our Workshop also has a fully equipped machine shop for machining components to support our in house fabrications and external client requirements with both CNC Machine Centre, CNC turning, and conventional machining with capacity up to 5 metres between centres. Plate rolling capacity up to 3 metres wide and two CNC brake presses up to 300 Tonne capacity enhance our capability to manufacture tanks, hoppers and a variety of structures and conveyors to service the manufacturing, mining and infrastructure industries alike.